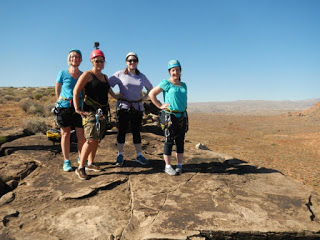 So it was over a week ago now that I actually jumped off a cliff in St. George, Utah. Jet lag really had me down for the count this week. I’ve been struggling with vertigo and just a general sense of I don’t want to do anything. That is problematic when you’ve got a full schedule!

Anyway, I probably won’t give you a full play by play of the rest of my trip — since I’ve already been home for almost a week – and it would probably take 14 posts. And who wants to read all of that?? But I did want to share a few more things (mostly because I want it documented for when I get to my Project Life album for Founder’s Circle!) so hopefully you’ll stick around…

Anyway, on my first full day at Founder’s Circle I decided to jump off a cliff! Well, not really, I ziplined across a gorge…same thing, right? It was funny because Tami (in the black) was the first to zip across and I was sitting on the rock (maybe in the fetal position) waiting for my turn. When she was finished, I just yelled, “I’m next!” Because I knew if I didn’t do it then and had to listen to the guide say things like “Don’t touch this” and “Don’t do this or you’ll pull Matt off the cliff” two more times that I’d never get up the nerve to do it!

I don’t know how often I’ve talked about it here since we don’t really have any snakes to be worried about in the Northeast, but I actually have a pretty severe phobia of snakes. So when we first step out of the truck and started climbing up the mountain, all of our instincts were to go to the edge of the gorge and see how far down it was. Well, Todd, one of our guides (and the owner of Paragon Adventures), said you’re all making me nervous so close to the edge, especially with it being rattlesnake season and all… umm, what? That would have been nice to tell us BEFORE we left the safety of the office!! I’ll tell you what, though. One way to get a bunch of women to listen to what you have to say… tell them it’s rattlesnake season! I don’t think any of us strayed more than a foot away from them for the rest of the adventure!

Well, the best way for me to tell you the rest of this story is for you to watch my video (yup! We got a video — how cool is that!). Now, when it appears that I “trip” over a rock… that was actually me noticing a whole in the ground (snake-size) and jumping over it saying, “What is that hole??” I told you, I have some serious concerns around snakes… particularly snakes that can poison me. The guide thought it would be helpful to tell us that we have a 50/50 chance in getting a no-venom bite. Um, not the time I want to gamble, Todd. 🙂

So here you go… check it out!

So for the remainder of day 2, we just “hung” out (ha ha) and chit chatted with each other and checked out the hospitality room (full of treats all day, every day!) until it was time for the pajama party swap and business share.

First let me show you the hospitality room: 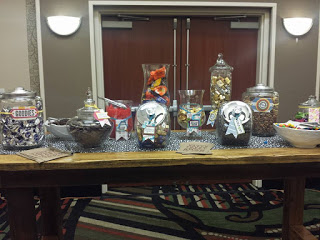 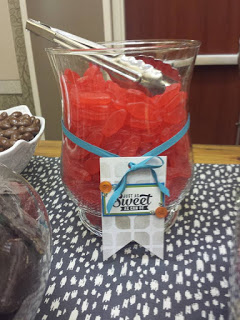 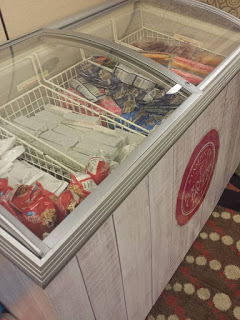 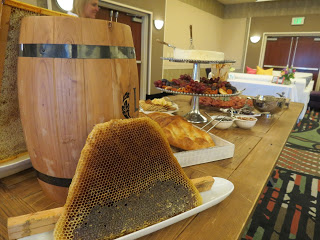 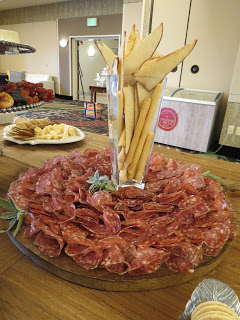 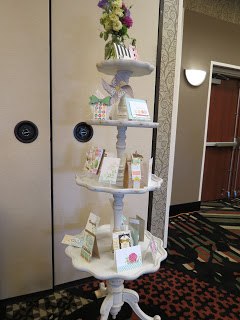 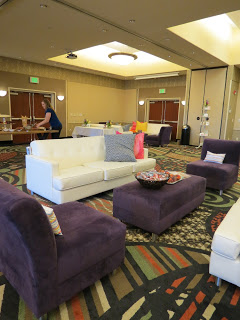 Crazy, right? The candy and display items were up 24/7 and that special treat table changed every day… this day it happened to be a table of meats, cheeses and fruits.

That night, as I said, was pajama party and business share night. We each made a swap to share and then a bunch of the demonstrators stood up and share business tips. We even got a little booklet of tips that each of us shared with Stampin’ Up upon learning we were among the top 100 demonstrators. That’s a gold mine of information let me tell you (you can see it in the photo below). So here’s some photos of the swapping, meeting and of course, the treats after the event! 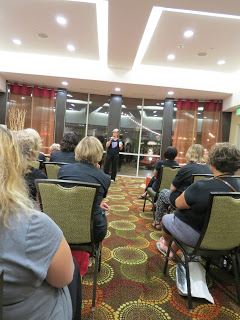 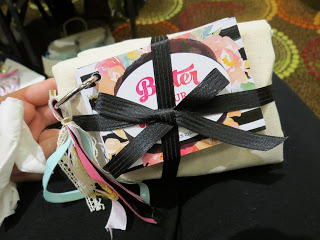 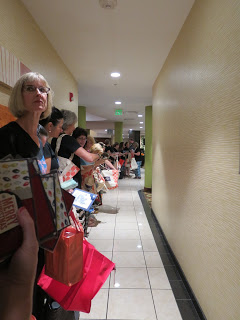 The long line of swappers “snaked” all the way through the lobby, down the hall and around the hospitality room! There were 110 of us after all! 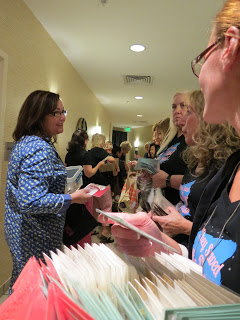 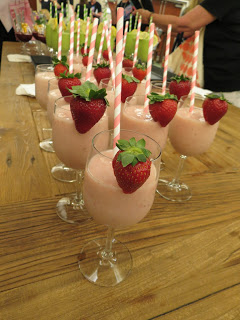 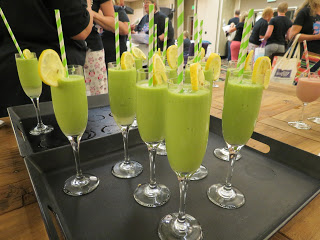 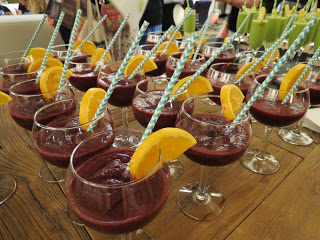 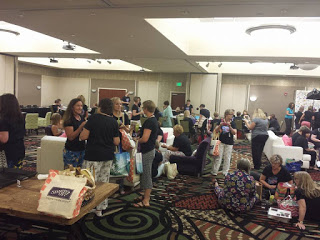 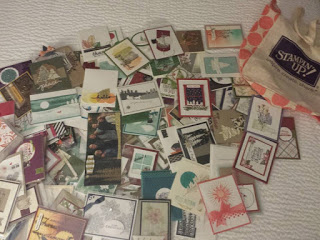 It was pretty exciting, too, because I realized last night that I made it to Shelli Gardner’s blog, too (Her daughter Sara is the interim CEO and President and attended Founder’s Circle, so she was the one posting). You can check that out here! So exciting.

Well that’s probably enough babbling for one day…. I’ll share my Founder’s Circle swap with you next time… Thanks for sharing this with me… can you tell I’m so excited that I earned this opportunity… AND I get to do this all again on the Mediterranean Cruise in May! Honestly, joining Stampin’ Up was the BEST DECISION I EVER MADE! You should consider joining me!